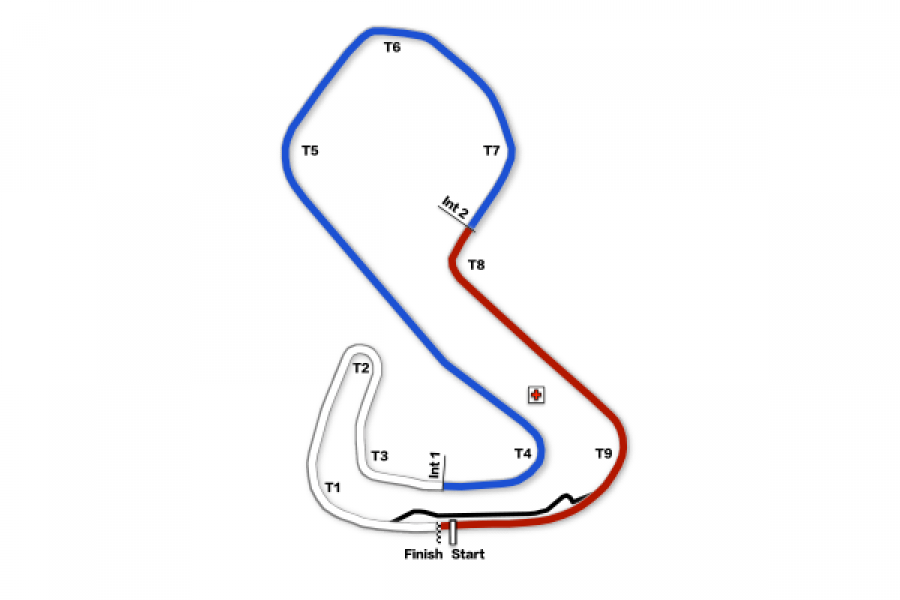 Paddock is a really impressive corner – it’s so steep. Going into Paddock, you’re braking late and it’s about trailing off the brake as much as possible and carrying as much speed as you can in, but also getting a good exit, because then it goes steeply uphill. It’s easy to be too brave here on the brakes and make a mistake. It’s better to brake a little bit earlier and not as hard so you carry more speed mid-corner and then get a good exit out.

Like at Paddock, it’s very easy to be suckered in at Druids and brake too late. I try and split Druids into two halves: I carry really good speed on the way in, get the car slowed down and give up a bit of minimum speed at the apex, but then really drive the car off the exit with the wheels as straight as possible. I hug the kerb around Druids, and because you trail brake all the way in, you can then keep the weight on the front of the car and keep it up on the kerb.

Graham Hill is quite a tricky corner in a front-wheel-drive Touring Car, because nine times out of 10, the car wants to oversteer. That’s because the right-rear tyre doesn’t do a huge amount around either the GP or the Indy circuit, and the tyre temperature split left to right on the rear is normally quite big.

So again, you have to brake a bit earlier there and turn in earlier than you’d ideally want to. But by doing that, it doesn’t shock the right-rear, because you’re not asking it to turn really aggressively. Use a bit of apex curb, and then because of track limits, you only use the red and white kerb on the exit.

At Surtees on the GP circuit, while it’s important to carry good speed in and to have good minimum speed, above all you’ve got to get a good exit. It’s such a long straight after and you really need to apex quite late because the corner keeps going round and round. So it’s late turn-in, quite a late apex and then it really starts going uphill, so you can use that to your advantage on braking, but also get on the throttle earlier.

Hawthorn is a big balls corner. It goes really steeply uphill on the way into the braking area, so you literally only dab the brakes, go down a gear into fifth and then off the brakes and carry the speed in, because you’d be amazed how much the uphill slows you down. It’s very easy to over-brake into there, but you have to just force yourself to get off the brakes. When you get it right, you use absolutely every millimetre of road on the exit, and the kerb normally just kicks the car straight. This is probably the most rewarding corner on the circuit.

Westfield’s another great corner. It’s very tricky and a bit of a rollercoaster because, after the apex, the circuit drops away. It’s just a dab on the brakes here and down into fourth. Watch out for the car skipping over the kerb, which can give you a bit of wheelspin.